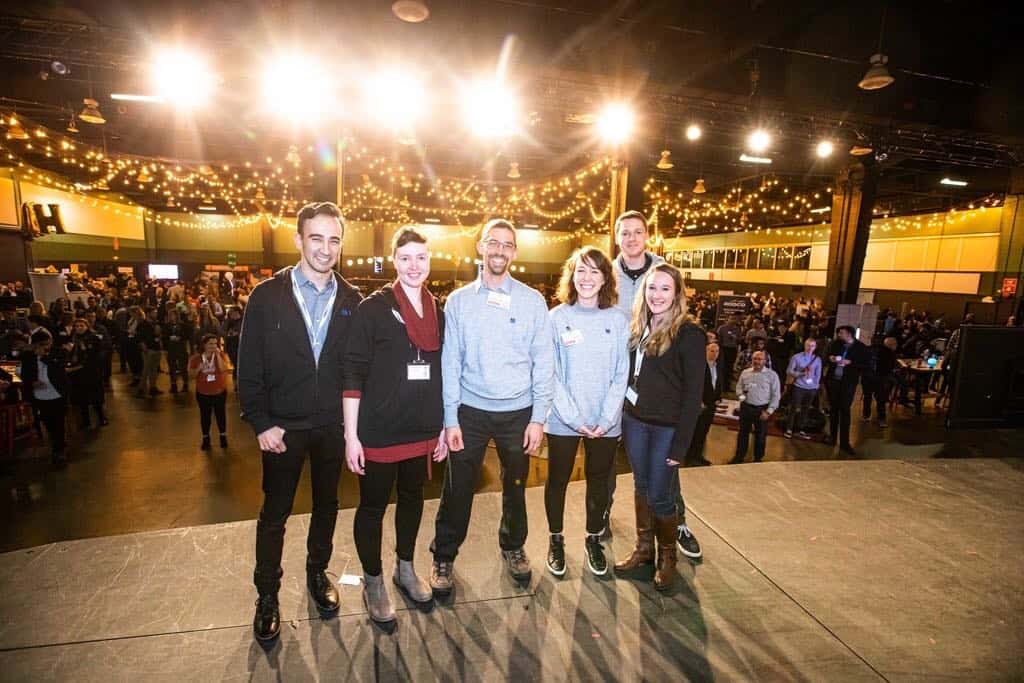 Meaghan Nolan and Kyle Nishiyama had plans to strike out on their own and build a company. They also wanted to come home. But first, the two Albertans, who were living and working in New York, wanted to know if Alberta would be a good environment for them to start a business.

During a brief visit back to the province in April 2017, they attended AccelerateAB, an annual tech conference that brings together startups, experienced founders and investors. It was there that they first saw that Alberta could be a place that could support them as entrepreneurs. That summer, they founded Mikata Health: a digital health platform that uses artificial intelligence to help clinics deliver outstanding modern and convenient care to patients.

“For us, Alberta is home. We have a lot of our networks here,” says Nolan, Co-Founder and COO of Mikata Health. “So when we were looking at where we could go and have a good chance to get up and running if we decided to make the [entrepreneurial] leap, it was certainly a big plus.”

Today, Mikata Health has more than 250 Canadian doctors on its platform and they have interacted with more than 200,000 patients. As a startup using artificial intelligence and machine learning in their solution, Nolan and Nishiyama have also chosen an ideal place to base their business. Alberta happens to be the home of Amii (Alberta Machine Intelligence Institute): one of the top centres in the world for machine learning and based in Edmonton. Mikata Health is now an Innovation Affiliate of Amii and has benefited tremendously from the relationship, being able to receive feedback and interact with some of the industry’s top talent in machine learning. “Not many people realize that this group is internationally recognized as one of the top three in the world,” says Nolan. The province also boasts a strong ecosystem for health startups.

Mikata Health has also benefited from provincial programs aimed at fostering the development and commercialization of innovative technology within the province. Alberta Innovates has supported the team’s growth through grants to help fund key advisors and senior hires, research and development efforts, and proof-of-concept projects with new customers. The company also applied for the Alberta Investor Tax Credit program before it was cancelled last fall.

Nolan and Nishiyama are active members of the Alberta tech community, attending local meetups, presenting at events like Digital Health Connect, participating in incubators and accelerators such as ATB X, and going to key conferences like AccelerateAB. “We’ve found that people come to that conference to really connect and catch up,” says Nolan. “It’s well attended by key people, and there are a lot of opportunities to bump into people and interact.”

Mikata Health participated in the AccelerateAB Startup Advising Sessions and Pitch Competition in 2018, and they forged important relationships there that have since helped them grow the company. Mikata Health was in its early stages and Nolan noted that they had just written their first client invoice at the time. They spent the day connecting with advisors and mentors from the Alberta tech community, including three advisors from the A100, a non-profit group of successful tech founders and entrepreneurs. Nolan found this experience especially valuable as the advisors worked together to ask in-depth questions that they had not considered. One of those mentors, Jim Gibson, remains an ongoing advisor for Mikata Health.

Mikata Health has grown their team from three to seven people, and were recently awarded the “A100 One to Watch” award at the Start Alberta Tech Awards. Moving forward, they are looking to expand their markets beyond Alberta, continuing to build their platform and its capabilities and adding more talent to their team — all while staying headquartered in Alberta.“We feel supported by the tech ecosystem and the community here,” says Nolan. “It’s not as big as other tech communities yet, like Silicon Valley, but we don’t see any reason why it can’t be. The vision and drive to build something big is here, and we’re excited to be a part of it.”